Take some time today to give some props to the engineers who turn visions into reality. 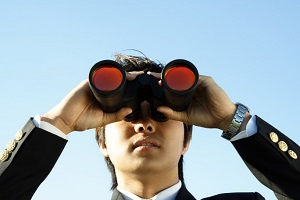 Lately business headlines seem to be all about our Captains of Industry coming up with bold new ideas and introducing them to the world as shiny new products. Or CEOs who foresaw the future of a particular market and drove their company there. We credit these leaders with the vision to see something that doesn’t exist and the boldness to drive their company to build it. These household names become the stuff of legends. They are who we credit with innovation, for creating the newest technologies that we carry around with us in our pockets.

But the people that run these big tech companies, the ones we know by name, they didn’t really build these products, did they?

A vision without the ability to create something tangible is just a hallucination, isn’t it?

Innovation requires more than being able to see something that doesn’t exist. In order to innovate you also have to be able to see the path from here to there. This takes experience. It involves people that have done the impossible before. You need someone who has been involved in creating something ground-breaking.

The ability to get a crazy request and not instantly reject it as outlandish is rare.

If step one of innovation is having a unique vision and step two is convincing someone to pay to build it, then step three is having the ability to get from here to there. And step three might be the most important, because without it we never have any new products, just a bunch of wild ideas.

This step requires a team of engineers and designers that can outline a path from current state to an envisioned future model, even if it depends on roads that haven’t been laid down. They are paving the way in front of them as they go, forging a new path.

We tend to give way too much credit to the guy who stands up on stage in a black turtleneck and holds up a new product, announcing that his vision has come true (even when it wasn’t actually his idea). We don’t really acknowledge or even notice the engineers in the lab that told him: “Yeah, we can make that happen”.

Probably this is because most of us don’t understand what it is they even do. It’s not sexy. It boggles the imagination.

But it’s important to remember that one can’t succeed without the other. Visionaries need engineers to realize their vision, and engineers need a prescient leader to have a bold idea and convince others to fund it.

So let’s take a little time to give recognition to those in the lab coats, or those hunched over a keyboard churning out code, or those that designed the newest widget’s groundbreaking UI. These are the engineers that create something from nothing, following loose guidelines scrawled on a napkin.

Take some time to hug your favorite engineer, even if there’s no such thing as National Hug an Engineer Day. Show her some love; acknowledge that you appreciate what she does. She’ll probably be annoyed that you’re distracting her from her work, but in the end she will appreciate that someone knows that the guy on stage getting all the applause for the new product wouldn’t have been anything special without the people in the back room turning his Vision into Reality.

You need the right people around you to reach your goals.  Whose assistance are you grateful to have?  Whose help do you need? Now is the perfect time to think that through at www.MeetMaple.com.