Four things you need to get focused and performing well.

Are you ready for some football? Clearly Scott is, so I figured I would jump on the football analogy blogging bandwagon.

For those who have not yet been subjected, Scott is a New England Patriots fan. (I am not – #GoRaiders!) One evening we sat down with wings, beer and high expectations to watch Patriots vs. Dolphins. There was lots of chit chat from the announcers about defensive lines, roster changes, the no huddle offense and quarterbacks. Especially the Patriots quarterback, Tom Brady, whose previous game was a disappointing and unimpressive loss.

Happily for all (except maybe the Dolphins fans) Brady proved to be back to his old form. So much so that at one point Scott observed “What is he doing when he is off the field? You think he is about to crash and burn? Is he just zoning out?”

My response was, “No, actually I think he is IN the Zone.” 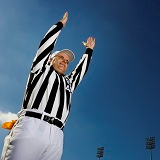 Based on the final score and Brady’s total passing yards for the game (which at the time was the 5th highest all time for a single game) it was pretty clear the Zone was a damn good place to be!

We’ve all heard about this optimal state of performance. It has many monikers. The Zone. Flow. Things Clicking. Moving from Norming to Performing. Having Your Mojo On. Based on its prevalence we can all agree that the Zone does truly exist. We can recognize people and teams performing at this level. I’ve been fortunate enough to experience this and you know when it’s happening and when it’s not. Remember Tiger Woods back in the day … the Zone. Even he would say he’s not anymore.

What is much less clear is how to get in the Zone. There isn’t a 100% foolproof way to achieve your Mojo. It is different for each person. But, I can tell you things about being in the Zone that are universal. The ball is in your court to find the methods that work best to make these happen for you.

Clarity – There is no ambiguity or uncertainty in the Zone. Your goal is easily identifiable. What you are working to achieve is crystal clear. You understand it from every possible angle and you can explain it in just a handful of words. Tom Brady, what are you working on? Winning the Super Bowl. No question there.

Alignment – In the Zone everything, I mean everything, has a purpose that contributes to the goal. If this is a team, then everyone contributes and understands how what they are doing is integral to the goal. All roads lead to the same success. What does that mean for Tom? He works with his team day in and day out to prepare for and win each and every game. Winning games gets you to the Super Bowl.

Focus – When you are in the Zone, you get to be myopic. You are only interested in what you need to do to get where you are going. Competition is doing XYZ? Not your concern. You work your plan regardless of distractions. If anything, diversions sharpen your attention. You have no time for reactions to anything or anyone outside of the path to success. Before his ugly loss there was a lot of “talking smack” and Brady got, let’s say, caught up. Did we hear anything from Brady before this game? Not a peep.

Balance – The road to your goal is rarely easy. You have to be single minded enough to drive there but dynamic enough to adapt to unforeseen and unexpected realities in the road. The trick is to take it in stride. Use your clarity and alignment and focus to make an adjustment and keep going. During this particular game the Patriots lost their center to an ankle injury. Uh oh, game ender? Nope, the backup literally jumped in, the offense adjusted and they rolled on to their win.

The Zone is out there, it’s possible for all of us and it means success. How will you get there?

What are you working on that would benefit from you being in the Zone? Consider each of these four indicators to see where you can adjust.  Your Maple Journal is just the place to think on that at www.MeetMaple.com.