Fine tune your systems by leveraging the strengths of your People and Processes.

I’m vividly remembering a family barbeque. People are milling around. War stories are being told. Children are playing in the pool. The grill is going and the smell of dinner is to die for. I happen upon my sister in the kitchen. She is cutting up a steak, just about to put it out for the mob. Even though it is not an especially extravagant cut of meat it is hands down my favorite. Though I had tried to duplicate it many many times over, I could never replicate how good the steak is at her house. Never. Ever. 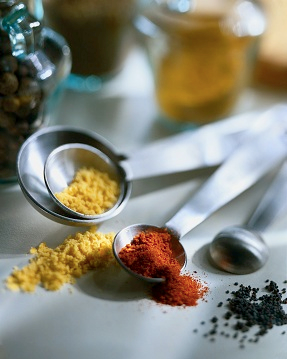 Seizing my opportunity I asked her, “Do you do something to that to make it so good?”

She replies without any hesitation, “Not really. I look for a decent piece. Sometimes I marinade it.”

“Well what kind of marinade do you use?”

“Pretty much whatever is on sale or whatever I have in the pantry that week.”

Hmmmm. I know her very well and I know this is the truth.

“Does he grill it with special wood chips or something?”

She crunches up her brows and scowls at me because I should know better than to ask such a silly question. “Yea right! It’s the same bag of charcoal everyone else has.”

“What do you do to make this come out so good every single time?”

She barely looks up as she continues slicing and says, “We have a system. I do my thing. He does his thing. That’s it. ”

It was much much later that I realized the elegance of the system that they had created.

Before I came to that insight I tried to replicate their outcome. But I will readily admit, I know zippo about what makes a cut of meat look “good”. I can make a fairly educated guesstimate, but it will always be just that. To me marinade is just marinade, pour it on and that’s pretty much it. While I’m admitting my shortcomings let me just say I can use my barbeque and cook things on it, but I certainly cannot claim to truly grill things. Grill Master is not even in my repertoire because at most, I can get by. That pretty much describes the results I got too.

Even though I did exactly what she explained to me, followed all of the steps, my steak was merely “ok”. Frankly, I didn’t want an acceptable meal I wanted a mouthwateringly fabulous meal. But to do that I would need to adjust my approach because I did not have all the pieces to make that system, their system, really work for me and my situation.

They had whisked together a method that worked for them. A process that was both structured and dynamic. She handled her part; he handled his part that was a constant. They used what the situation offered, it didn’t matter the type of marinade or bag of charcoal, which was the flexibility of the system. Just as important, they played to their own strengths. She didn’t head out there to grill, he didn’t select or prepare. They did what they were best at and trusted the other person to know how to do their own part.

I had mixed together a series of steps and I got average – or worse – results. Their version of the same steps brought together all of those other considerations, allowing for the needs of both people and process, and that made it something more than tasks, it made it a system.

Isn’t that what we all really want? A system that consistently produces incomparably successful (not to mention delicious) outcomes.

Thinking about how to optimize your systems? Jot those Thoughts down so you don’t forget them at www.MeetMaple.com.